Funding and Clarity: Why the NDIS is at a critical juncture. | Unisson Disability Skip to main content

Funding and Clarity: Why the NDIS is at a critical juncture

With the Australian federal election now just months away, one of the biggest issues needing resolution is the ongoing viability of the National Disability Insurance Scheme (NDIS) and how it will operate over the next decade.

The NDIS has provided a better way for people with disability to access support services, giving them far more choice and control over their future than was previously available, but with nation-wide transformation of the sector in just six years, the scheme is struggling to service the growing number of participants and be fully funded going forward.

“Over the past few months, our clients and their families have been sharing their concerns and their uncertainty about the future. While the NDIS is adapting its operations to manage the evolving situation, there is now widespread anxiety among the very group it was set up to serve – people with disability.”

A major economic asset and a strong contributor to the economy.

The significance and the impact of the NDIS cannot be overstated. As of September 2021, the NDIS had 502,413 participants. Total participant costs are projected to be $29.2 billion in 2021-22. On current modelling, this is estimated to grow to 670,400 participants at an annual cost of around $40 billion by 2025, and 859,300 participants at a cost of around $60 billion by 2029-30. Source: National Disability Insurance Scheme: Annual Financial Sustainability Report 2021. (We note that the relevant state and territory ministers have requested an independent review of these projected cost estimates.)

The two drivers of growth are the rate of new entrants to the scheme and the rate at which participants exit the scheme, and original modelling estimates have proven to be wildly inaccurate. For example, on current revised estimates for 2029-30, the number of participants will be 49% higher than was outlined in the 2017 Productivity Commission’s report on the scheme.

To put these figures into relative context, the NDIS will surpass the cost of Medicare within a few years.

Yet it has been calculated that for every $1 spent, the NDIS delivers $2.25 back to our economy – a figure put forward by think tank Per Capita. They estimated that for 2020-2021, the Australian economy was $52.4 billion better off as a result of the scheme due to associated economic activity and employment generated by the sector – with a workforce of approximately 270,000.

The public largely supports investment in the NDIS

The government of the day certainly influences the direction of the scheme and the upcoming Federal election will not only focus attention on the NDIS, but will take place at a critical time for the sector.

High-level economic talk over the past year has focused mainly on the cost of the scheme rather than its benefits. However, as Per Capita points out, reducing financial supports to people with disability through the NDIS would merely force them to seek other government services in their place. For example, if there is no funding for someone close to 65 years of age, they may be placed in aged care; if there is a delay in granting funding for shared living or specialist disability accommodation, a participant may stay in hospital longer; if there is no respite care and the family cannot cope, there may be violence and injury, taking up hospital, police and other counselling resources.

According to David Kneeshaw, “The ongoing Royal Commission into violence, abuse, neglect and exploitation of people with disability has shone the spotlight onto historical lived experiences. It has engaged the nation and placed the needs of people with disability front and centre of public debate, which in turn has bolstered support for the NDIS which taxpayers are funding partially through the existing Medicare levy. But the scheme still heavily relies on State, Territory and Federal budgets to make up for the funding shortfall, leaving a fully-funded and uncapped scheme over the next ten years as a major uncertainty.”

The peak industry body for non-government NDIS providers, National Disability Services (NDS), is seeking to highlight growing concerns over future funding of the scheme. Their Teamwork Works campaign focuses on the contribution of the NDIS to the nation: a strong NDIS leads to a stronger economy. Targeting the upcoming Federal election, the campaign includes an open letter to members of Parliament, an online advertising campaign sharing key economic messages alongside participant experiences, and lobbying federal parliamentary candidates for funding commitments.

Evidence that individual plans have already been targeted with cost cutting

The NDIS states in its 2021 operational plan review, “When we make decisions about the supports we fund in your plan, we must also consider our need to ensure the financial sustainability of the NDIS.” It goes on to say that the National Disability Strategy aims for a fair distribution of NDIS supports to those who need them within the scheme’s funding budget.

The NDIS Annual Financial Sustainability Report also states that on average over the past 4 years, there has been a 12% increase overall in funding per participant per year. However, according to David Kneeshaw, “Discussion among stakeholders, as well as anecdotal evidence from Unisson’s own community, indicates that the brakes have already been applied to individual funding plans.”

These changes appear less obvious at first. Some participants who engaged allied health services (physiotherapy, speech pathology etc) at a lower level than they had anticipated for various reasons (for example, because of sickness, hospitalisation or social anxiety about attending their appointments) have reported automatically reduced funding for these services, against the recommendation of their health providers.

Other funding mismatches need to be resolved. Disability service providers for example, under the NDIS, can charge for community and social participation supports, such as participant transport costs, non-face-to-face costs (plan establishment fees, report development and family communication), capital costs (to subsidise the cost of buildings, currently set at $2.15 per hour per participant) and the Temporary Transformation Payment (which was introduced to assist providers transition to the NDIS over a maximum 5-year period). These costs, which can amount to thousands of dollars over a 12-month period, are not explicitly funded in the participant’s plan. This means the participant will have to forgo hours of support to cover these costs.

Additional pressure on the system, which indirectly impacts a participant’s funding budget, comes from the 2.5% increase in award wages for the sector, together with the 0.5% increase in the superannuation guarantee, effective from last July. Further benefits for support workers, reflecting minimum shifts, broken shifts and hours worked outside of normal shifts, will be introduced from July 2022.

An unexpected change to the service provision of the scheme last year has led to high levels of anxiety for participants and their families.

This relates to the removal, in most cases, of regular plan review meetings, which gave participants the chance to communicate face-to-face on a personal level with local area coordinators, NDIA planners and their own nominated supports (which might be family members, health providers or support coordinators).

The plan review meeting was originally established to look at a range of issues affecting individual participants: What worked well in your plan? What goals did you achieve? What didn’t work as well? Is there any change in your circumstances? What are your new goals for your next plan?

In July 2021, the NDIS released a revised operational plan which largely removed this consultation. The two reasons for having a plan review were narrowed down to:

So what does this mean in reality? If a participant’s situation has not changed and the NDIA sees no reason for review, plans are renewed without a plan review meeting and a letter is sent to participants to confirm their approved level of funding, ultimately determined at the discretion of the NDIA planner.

Participants who, after consultation with their health providers, support coordinators or plan managers believe their NDIS funding provides insufficient support, have the option to request a review of the decision. If no agreement is reached, an appeal can be made to the independent Administrative Appeals Tribunal which will review the initial decision.

According to David Kneeshaw, “The major issue with the appeal process is that it can take 6-12 months to complete, and our clients and their families have reported high levels of anxiety while awaiting outcomes.”

An opportunity and an election

The approaching Federal election has given the disability sector additional momentum as it seeks certainty. Reform within the NDIS is attempting to deal with the evolving situation, but high levels of stress are being felt by many participants and their families, and by the industry as a whole.

David Kneeshaw stresses the need to take a broader view of the NDIS: “Let’s not lose sight of the fact that as well as funding necessary supports, the NDIS has given people with disability purpose and enriched their lives and those of their families. A strong NDIS not only improves the outcomes for individuals, but our nation will be better for it.”

Find out more about
Unisson and the NDIS 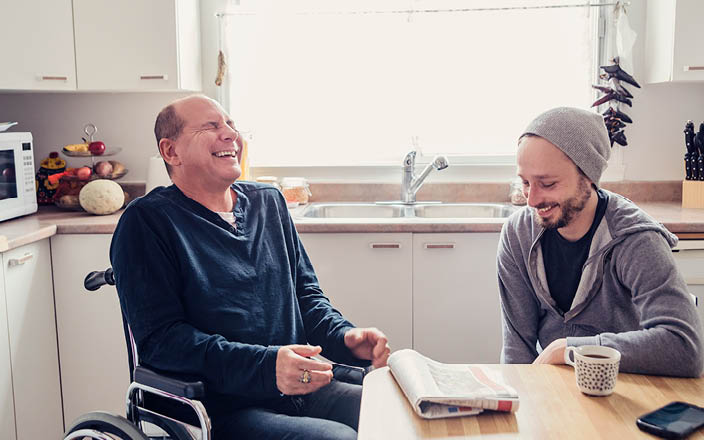 Top 5 Tips for Navigating the NDIS

The NDIS is designed to help people with disability live their best lives, however, navigating the changes can be complex. To help make navigating the... 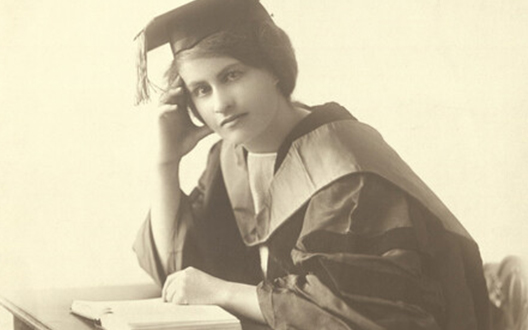 Dr Lorna Hodgkinson – A Woman Ahead of her Time

Unisson’s roots lie in the solid... 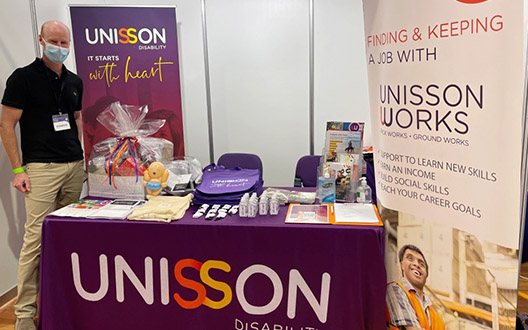 Unisson Hits its Stride at Expos

At the end of 2021, Unisson attended two important expos, including the Sydney Disability Expo at Homebush from December 3-4 and the Nepean Disability...