Soaking up the Atmosphere at the Stadium

Unisson’s supported independent living client, Mike, who lives on the Central Coast, is a passionate South Sydney Rabbitohs fan. He can tell you the name of every team member, as well as the results of every game the Bunnies have played this season.

Mike loves to watch NRL games on TV, but had never had the opportunity to attend a game in person. Looking at the schedule for the season, however, Mike noticed that his team was going to challenge the Manly Sea Eagles at the Central Coast Stadium in April.

Mike was able to arrange tickets to the game and was accompanied by his Unisson support worker to watch his beloved Rabbitoh play in person. Catching the train to Gosford Station, and then walking a short distance to the stadium, Mike struck up conversations with many fans wearing the red and green.

The stadium was a great place for Mike to enjoy some camaraderie while barracking loudly for his team, surrounded by people just as passionate about the Rabbitohs as himself. He gave a running footy commentary for anyone sitting close by, and was asked many questions about the team by nearby fans. Finally, to top off a great night, the Rabbitohs beat the Sea Eagles 40 to 22.

Mike in his element at his first ever live Rabbitohs game 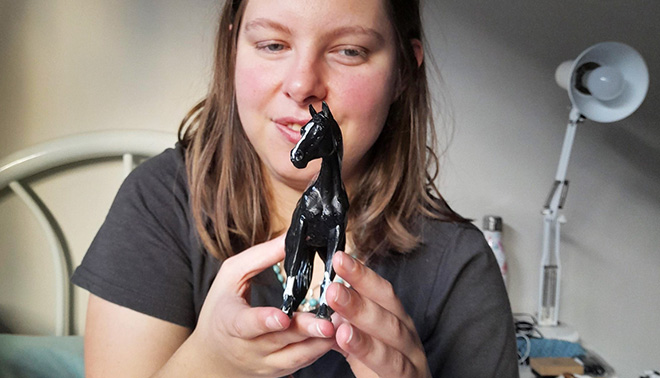 Unisson Supported Independent Living (SIL) client, Bernice, lives in the relatively new suburb of The Ponds in north-western Sydney, part of the... 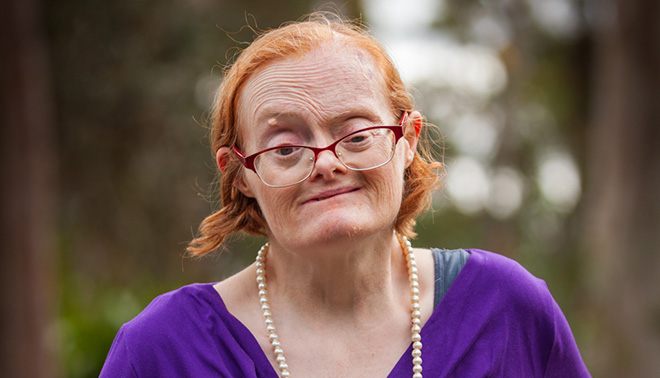 Alison recently shared her thoughts about her favourite activities and talked about the friendships she has formed over the years through Unisson. 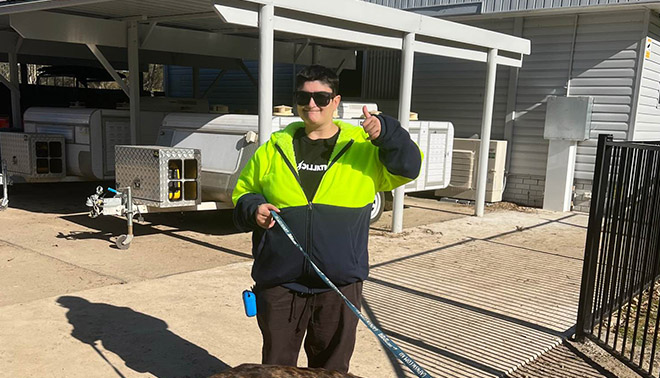 A Trip to 'Greyhounds as Pets'

Our client Ellie was supported by Maddison, one of our wonderful DSPs to attend Greyhounds as Pets in Londonderry for a trial run for volunteering on...