Elias is a gentle, passionate individual, who finds expression in his artistic pursuits. Over the past several years, our St Ives community access service and Blue Apple Art Studios at Terrey Hills have provided him with the opportunity to be creative and to get to know other people who share similar interests.

Unisson’s team leader Hanna Krawczyk has known Elias since he joined the St Ives community access centre a decade ago. In that time, she has supported Elias to participate more fully in his community and to build upon his living skills. When asked what Elias is most passionate about, there is one fictional character beyond all others that he loves: Batman.

According to Hanna, “With everything that Elias does – whether it is art or some other activity – it is nearly always related to Batman. He is Batman! “Elias also loves birthday celebrations, and Christmas and Halloween are very special too. Elias has produced some large paper mâché bats for Halloween this year, which also aligns with his Batman passion.”

Elias’ art portfolio includes sketches and paintings. He enjoys trying out a whole range of art techniques, but is particularly drawn to making large paper collages and paper mâché objects, which are often gifted to family members or used
to decorate his room.

Last year, Elias’ family reached out to see if Unisson could also accommodate him in one of our shared living homes, as his existing accommodation was unsuitable. Elias was situated with flatmates who were non-verbal, which was difficult for him, as he loves to have people around him to talk to.

After some initial enquiries, Unisson’s Client Engagement Team were able to find a more suitable situation and, shortly after the COVID lockdown ended, Elias was able to move into his new shared living home, which is also close to his family home.

“When Elias moved into his new home, he was welcomed with a special doormat which said ‘Welcome to the Batcave’, which was perfect,” added Hanna.

“Elias is a very gentle, very special person. It’s been great to see him thrive even more, now that he’s found his new home.”

Take a Listen to Elias and his Story

Find out more about
our services 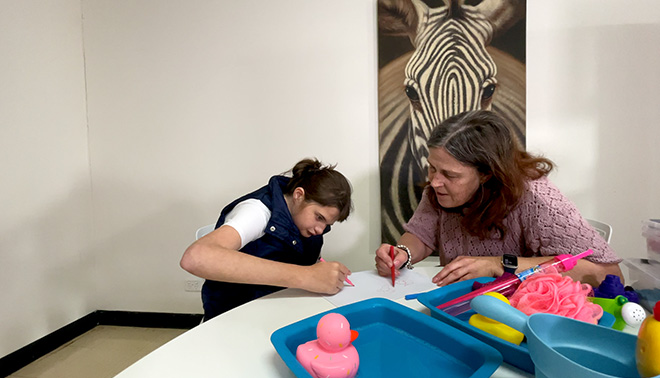 Supporting Hayley into the Future

Often, when we have been supporting a client in their own home over a long period of time, we essentially become part of their family. This is... 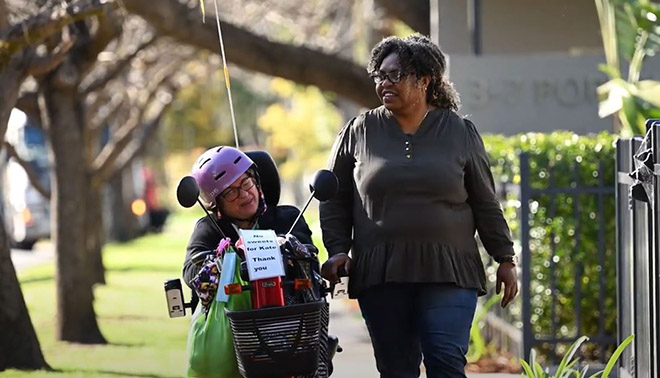 Kate and Ruthy: an unstoppable team

Kate has always had a cheerful and happy disposition, aspiring to become an actress and be in the spotlight. Kate has faced many challenges in her... 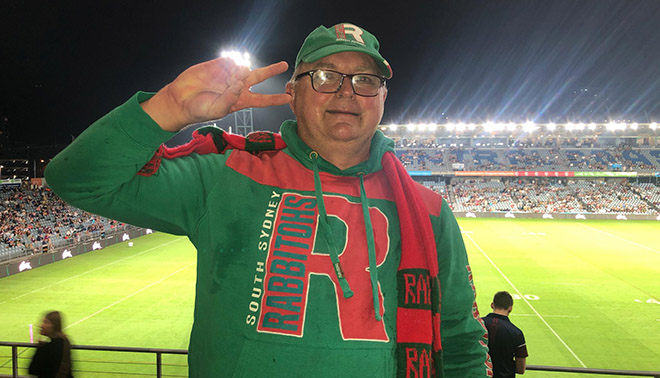 Soaking up the Atmosphere at the Stadium

Unisson’s supported independent living client, Mike, who lives on the Central Coast, is a passionate South Sydney Rabbitohs fan. He can tell you the...