Building The Skills for Success

Having fulfilling and meaningful employment can provide you with an immense sense of optimism, as well as strengthen your ties to the local community in which you work. Unisson client, Shane Doowage, is a dedicated employee at Unisson’s supported employment business, Pack Works, and is building the skills for success each day.

Shane feels a great sense of pride when he gets ready for work each morning at his family home in Pennant Hills, with his father, Daya, expressing how much the job means to Shane. “Pack Works is much more than just a job to Shane, he looks forward to going there every day. There have even been instances on public holidays where we have had to take Shane to work just to show him it was closed,” says Daya. “That’s how much he enjoys his time at work and wants to be there.”

Daya adds, “We’ve seen Shane mature over his time working at Pack Works. He has developed into a reliable adult with the responsibility of doing his job and, as his parents, we love seeing his social skills and communication progress, too.”

As well as building up his skills and experience at work, Shane’s employment has meant his independence and community connections have grown, with Shane now using public transport to get to work, and independently going to the local café for his coffee break.

“Shane is a very willing worker, who is keenly interested in building his independence,” says Tom Hobbs, Pack Works Coordinator at Unisson. “His participation in the local community has grown, alongside his skillset within the workplace.”

Shane’s passion for his job is clear to anyone who meets him, with Shane often telling others proudly about his job and what he loves about it. “I love finishing my daily tasks and going to the coffee shop and having a coffee with my friends,” he says. “I like being independent.”

The Doowage family are incredibly proud of Shane and how far he has come since finding meaningful employment at Pack Works. Their gratitude towards the people who support Shane is heart-warming. “They are a bunch of very caring staff, they consistently go out of their way to assist and support Shane in his job, with his communication, and his independence,” says Daya.

With the support of his colleagues, supervisors and family, Shane is continuing to foster the skills for success each day, both within the workplace and his local community.

“This job means the world to Shane and, for our family, we love seeing him so happy.” 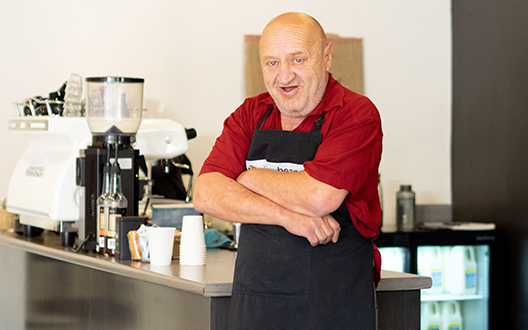 Supporting a New Lease on Life

Peter was building a promising career and had worked his way up to become manager of a coffee distribution factory until, in his 20s, he was diagnosed... 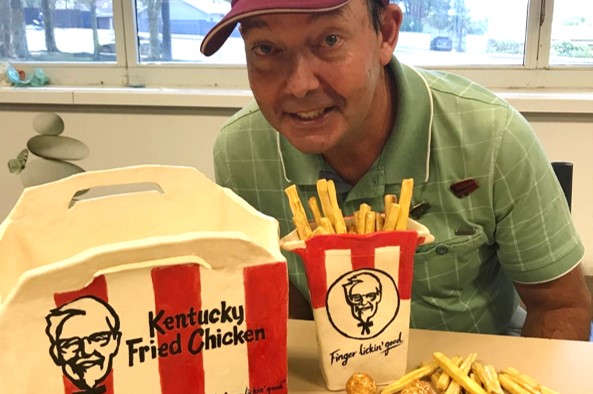 Brett's astoundingly realistic ceramic replica of a KFC meal is captivating Warringah Mall library-goers and earnt him coverage by his local newspaper... 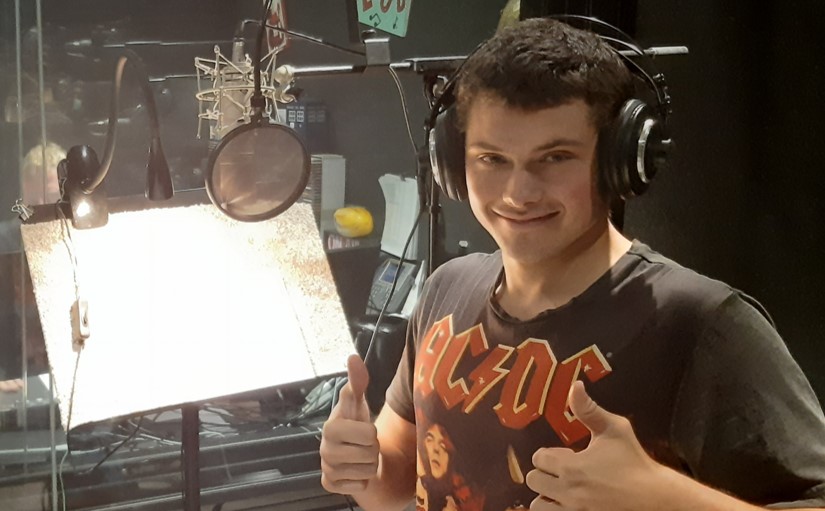