2019 marks the year for Unisson to celebrate its 95th Anniversary, a milestone that we are extremely proud of!

Our story began in 1924 when Dr Lorna Hodgkinson, a remarkable Australian of great dedication and vision, established the Sunshine Institute.

Lorna was the first woman to receive a Doctorate at the prestigious Harvard University, USA. As a teacher herself, Lorna was passionate in her belief that people with an intellectual disability should be supported to lead meaningful lives.

This belief was in direct conflict with the government’s policy of the time, and with the broader social norms of the day. Taking matters into her own hands, in 1924 Lorna leased (and later purchased) a large house along with land at Gore Hill on Sydney’s Lower North Shore, naming it the Sunshine Institute. It opened as a residential school, later that year, with just six children with intellectual disabilities. By the time of Lorna’s death in 1951, more than 60 students were living and studying at Gore Hill. Prior to her death, Lorna had converted the institute into not-for-profit organisation under a board of trustees, to whom she bequeathed the bulk of her estate.

At this time, the Sunshine Institute was renamed the Lorna Hodgkinson Sunshine Home. Over the years, the organisation continued to expand, always staying true to Lorna’s philosophy of supporting and caring for people as individuals.

By the late 1970s, Sunshine began looking at ways to move away from institutional living. In the two decades that followed, several units and homes were purchased, and many of the people we supported made the transition to shared living. In the early 2000s, the Gore Hill site was sold to help fund the expansion into community-based living.

Today, rebranded as Unisson Disability, we continue to deliver services to over 700 people across Sydney, the Central Coast and Hunter regions.

As we celebrate our 95th year in 2019, we continue to be inspired by Lorna’s mission of aspiring for a great life for those we support.

Learn more about
our history 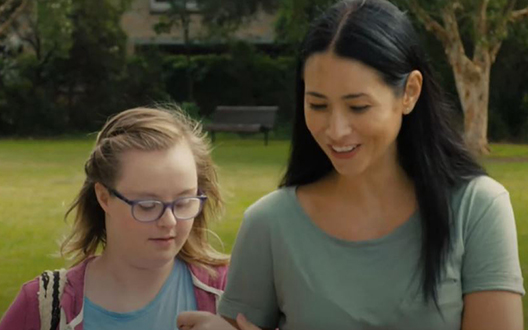 At Unisson Disability, It Starts With Heart

We believe that to do good work we need to first come from a place of heart. What does that mean? It means everything that our Values represent. It... 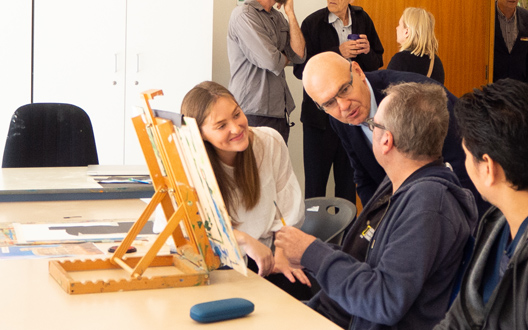 On Tuesday 10th March we were pleased to welcome NDIA CEO, Martin Hoffman, to our newly opened Community Access & Art centre at Terrey Hills, along...