Brett attends Unisson Disability’s Art Studio in Terrey Hills where he has created artworks in a range of mediums including drawings and paintings, paper pulp and ceramics. He has participated in several exhibitions and his artworks have been displayed at local libraries.

Brett has previously created playful ceramic items including a cola can and packet of crisps which received such positive feedback that he was inspired to create a complete KFC meal. The project began as a labour of love in July 2019 and Brett used all his technical skills and experience to create the realistic effects using clay.

“Being such a large and technical project Brett required my support to engineer the boxes and some of the finer details, but the rest is his own work,” said Unisson Art Facilitator, Sharyn Sonter, who has been mentoring Brett with this and other art projects. “As I was setting up the ceramic display in the library, there was already a flock of smiling onlookers viewing Brett’s amazing artwork.”

Brett has had his artworks featured by local newspapers some years ago and was keen to submit his latest project to his local community newspaper, the Manly Daily. When his story appeared in the Saturday edition, he was thrilled. 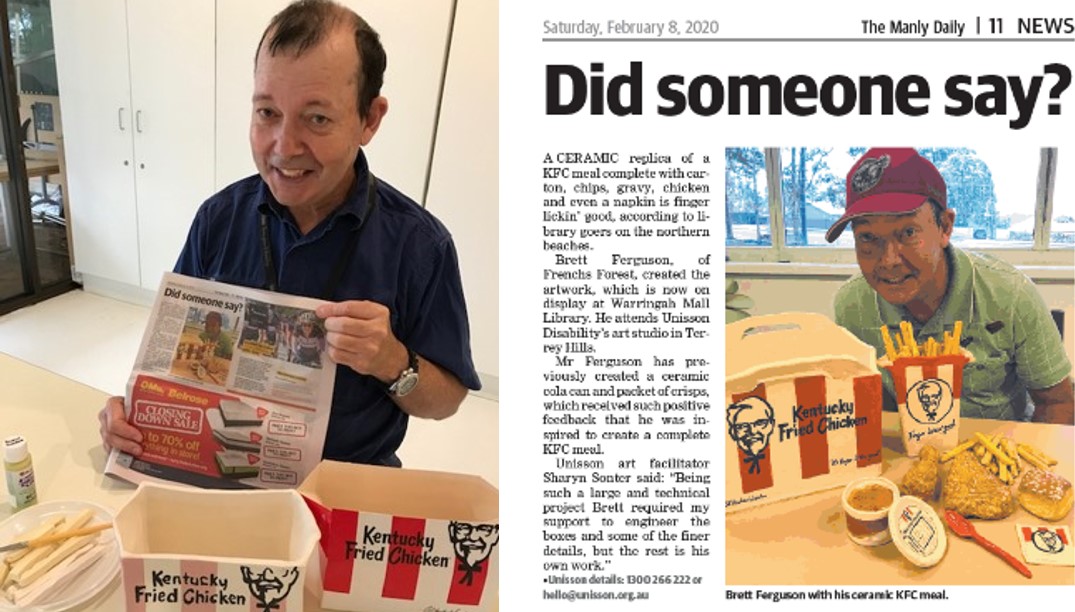 When asked what was his favourite part of the piece and what will he work on next? Brett said:

"I liked doing all of it. I was good at making the chips, the potato gravy, the spoon and the little bun. The chicken might have been the hardest. I am happy that it is finished and now I’m making my niece Elly a smaller KFC meal."

Unisson Art Studio clients have regular exhibits at local libraries. Brett's KFC artwork will be displayed at Warringah Mall Library until the end of March.

Learn more about
our art programs 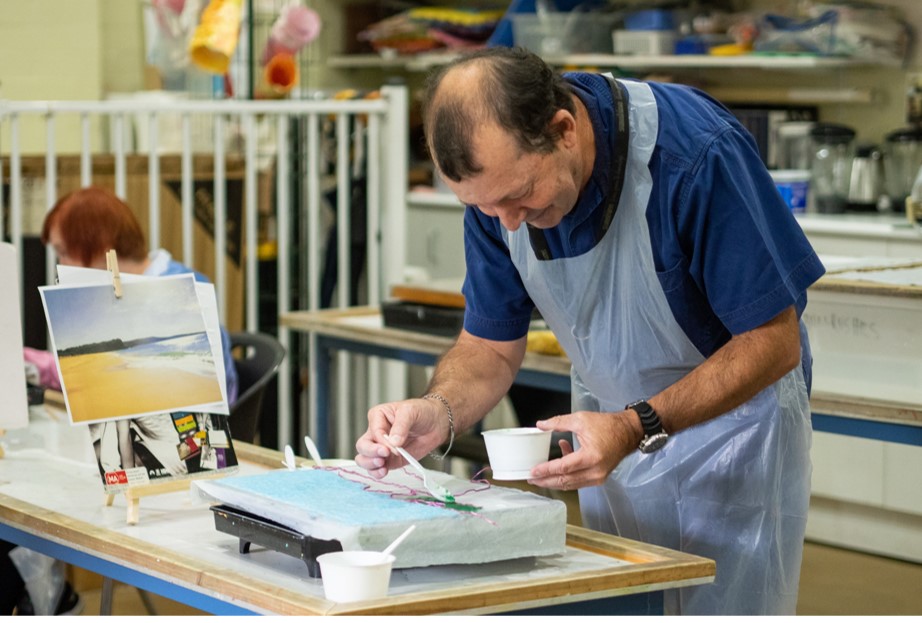 Brett Ferguson, a talented artist who attends Unisson's Paper Arts Studio in Pymble, is participating in this year's 'No Place Like Home' art... 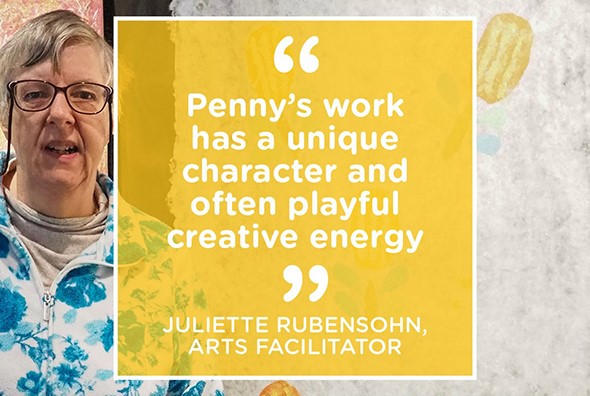