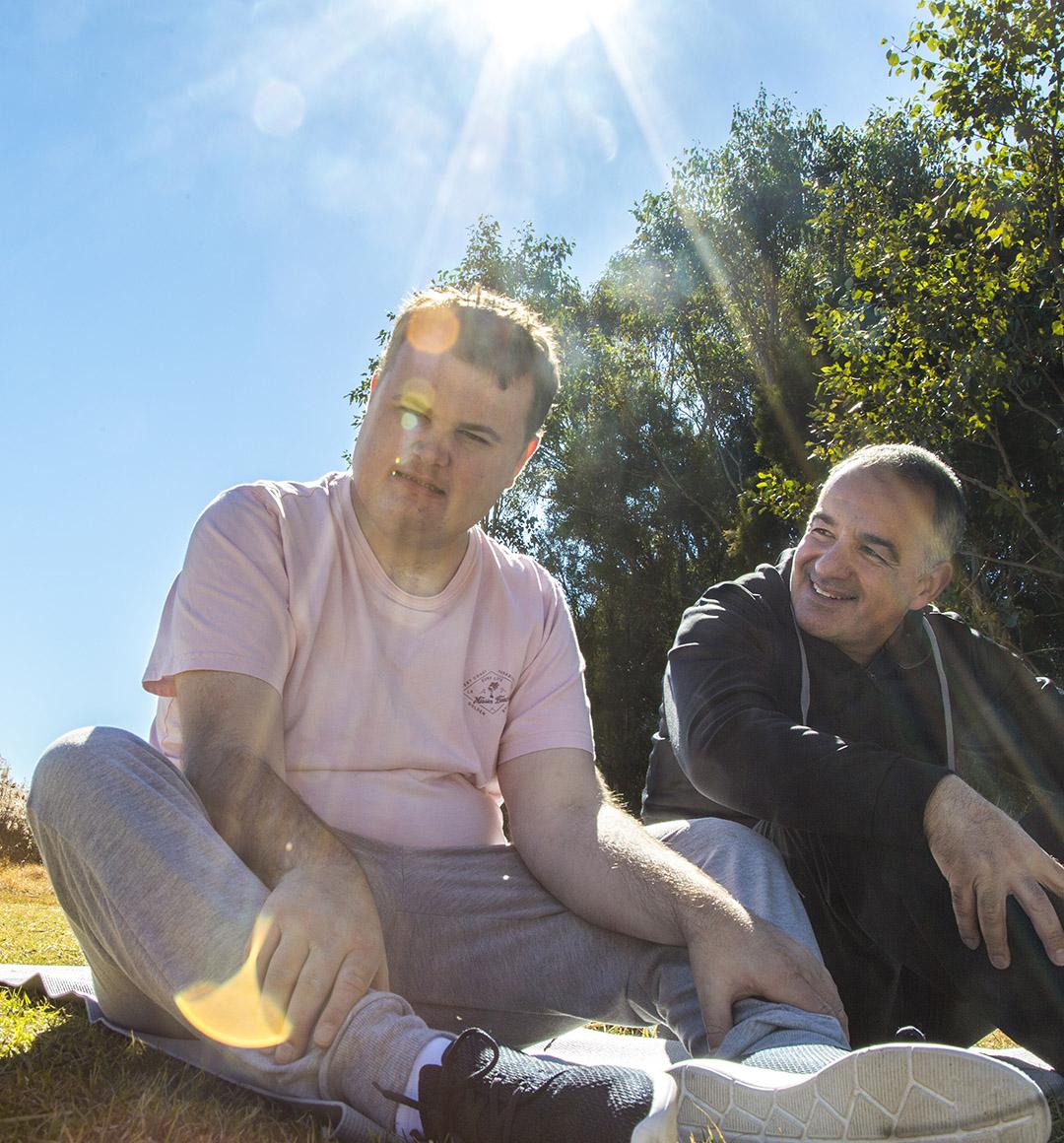 When Unisson client, Steven Turner, 30, from Western Sydney knew that his lifestyle had to change, he was met with the encouragement and dedication of his Unisson support team, made up of the staff and Team Leaders who support Steven where he attends Unisson's Community Access centre in Beaumont Hills.

For Steven, years of an unhealthy lifestyle and a severe dependency on soft drink had left him feeling unmotivated and withdrawn when it came to actively participating in his community and following a healthy routine. Steven was struggling to engage with his peers and support staff, and he knew that he needed to lose weight in order to improve his overall health and well-being.

Unisson staff worked with Steven, his family, and the people with whom he shares a house to develop a personalised program to help him be more active, adopt healthy behaviours and actively engage in his local community.

Steven, along with his key Unisson support worker, Babak, began to undertake a healthy exercise routine, worked towards decreasing his dependence on soft drinks and built up his desire to actively participate in his local community.

The results spoke for themselves, with Steven losing an impressive 25kgs, all while gaining a passion for sport and the outdoors and finding new connections within his local community.

" I love doing exercise with Babak and other staff and being out in the sunshine," says Steven.

" I love going for long walks, using the gym equipment at nice parks and going ten pen bowling in Windsor with my friends. The staff and my friends have been very patient with me and put in a lot of time and effort to improve my health. I like routine and doing exercise and being healthy became a big part of my routine."

The change in Steven has been far greater than just physical. "Steven is now someone that everyone else wants to be around," says Babak. "He is so much more positive, and his motivation is significantly higher, it has been so rewarding to have been part of that."

In what has been a truly collaborative effort between Unisson, Steven, his family, and other support services, the future is looking bright for Steven as he continues his healthy lifestyle.

"I am really proud of improving my health," says Steven. "I feel healthier and going out doing healthy things with Babak and the other staff is a nice way to spend my day."